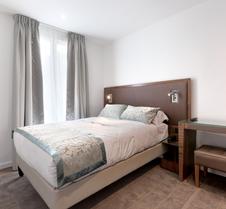 Excellent
based on 566 reviews
Compare vs. KAYAK |

With a stay at Hotel Le Trente in Paris (17th Arrondissement), you'll be within a 5-minute drive of Paris Olympia and Tuileries Garden. Featured amenities include a 24-hour front desk, multilingual staff, and luggage storage.

Where is Hotel Le Trente located?

Hotel Le Trente is located at 30 rue Clairaut in Batignolles, 3.8 km from the centre of Paris. Sacré-Cœur Basilica is the closest landmark to Hotel Le Trente.

When is check-in time and check-out time at Hotel Le Trente?

No, Hotel Le Trente does not offer free parking.

How far is Hotel Le Trente from the airport?

Can you bring pets to Hotel Le Trente?

No, pets are not allowed at Hotel Le Trente.

Does Hotel Le Trente have a pool?

No, Hotel Le Trente does not have a pool on-site. 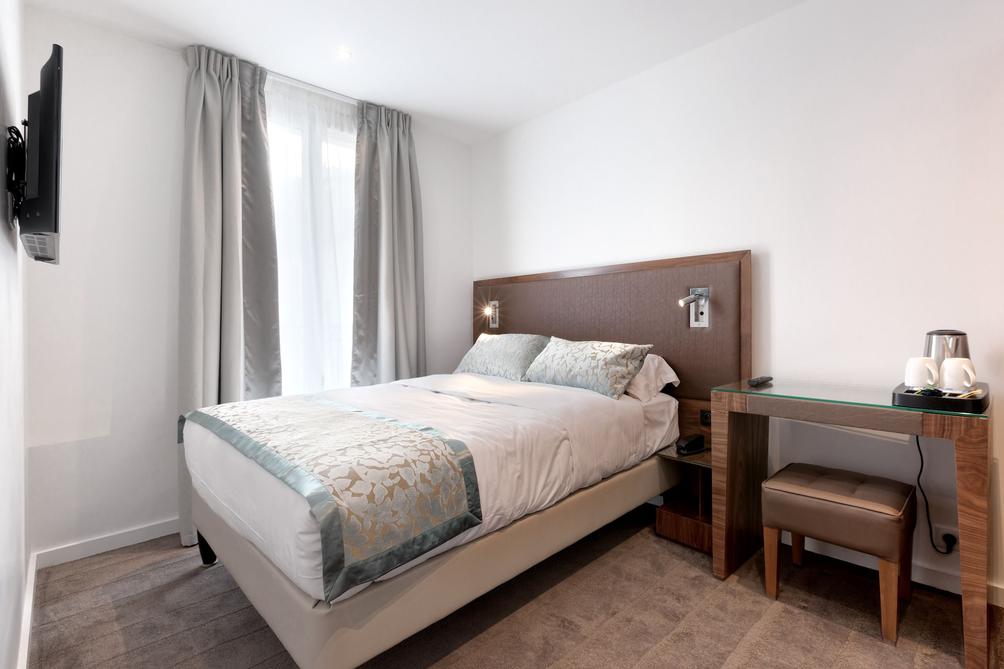 “it was quiet”
“Nice small hotel in the 17th discreet, very nice staff and very clean”
“Quiet location but at the same time very accessible from main road.”
“Clean, decent room size”
“I try to be as impartial as I can be when it comes to writing reviews like this. I depend on these reviews to guide my decisions and hope that my review will help you in the same way. So here goes: I was actually a fan of the staff here. I know some commenters disagree, but everyone I interacted with was pleasant. I arrived to Paris at around 5:30 am, and they allowed me to do a super early check-in (around 7:30 am) for 25€. That was awesome. I also had a very nice conversation with Michel, who was super friendly and gave me some nice tips about traveling in France. Though it's not specific to this hotel, I would recommend to any tourist that they try to speak French as much as possible in Paris. The person helping you may switch to English, but I think folks really appreciate when tourists make an effort and you may get a little bit better customer service as a result. I also liked the location of the hotel. It was not crowded with tourists and the walk to the metro really is short and sweet. There are also some great restaurants in the area (I recommend Les Françaises. I was hesitant to go since it was small plates, but I went and it was easily the best meal I had in France.) The elevator was large and I appreciated the complimentary umbrellas. I think overall was a pretty decent value for the money paid. I would probably stay here again if I had to, unless I found something with a better rating and similar price point.”

Learn about Paris on KAYAK