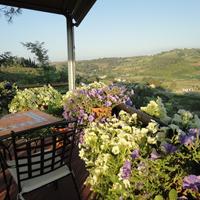 Excellent
based on 68 reviews
Compare vs. KAYAK |

Cheaper
Average
Higher
Based on average prices of 3-star hotels.
Enter your desired dates in the search form directly above to see room rates for this hotel.

Located in Castelfiorentino, La Pieve is in a rural location, within a 15-minute walk of Teatro del Popolo and Benozzo Gozzoli Museum. Featured amenities include express check-in, express check-out, and multilingual staff. Free self parking is available onsite.

FAQs when booking at La Pieve

Where is La Pieve located?

La Pieve is located at Via O. Bacci 2, 0.5 km from the centre of Castelfiorentino.

When is check-in time and check-out time at La Pieve?

No, La Pieve does not offer free airport shuttle service.

How far is La Pieve from the airport?

Can you bring pets to La Pieve?

No, pets are not allowed at La Pieve.

Does La Pieve have a pool?

No, La Pieve does not have a pool on-site.