Blanc Bleu Nagomi
View all details
Cleanliness
8.9
Comfort
9.1
Location
7.7
Overall
8.0
Services
8.7
Overall 8.5 Excellent
Based on 54 reviews
All
Cleanliness
8.9
Comfort
9.1
Location
7.7
Overall
8.0
Services
8.7
Cleanliness
7.5
Comfort
5.0
Location
5.0
Services
5.0
Staff
5.0
Cleanliness
6.0
Location
8.0
Overall
8.0
Staff
10.0
Value for money
8.0
Cleanliness
9.3
Comfort
9.5
Location
8.3
Services
8.8
Staff
9.5
Cleanliness
9.2
Comfort
9.1
Location
8.2
Services
8.7
Staff
9.7
Cleanliness
8.9
Comfort
9.2
Location
7.3
Services
9.0
Staff
9.0
Cleanliness
7.9
Comfort
8.6
Location
6.8
Services
8.2
Staff
8.6
Excellent 9.6
Pros: very confortable and clean place, quiet and beatiful garden! the hosts are very nice and consideration. I have a really nice stay at here.
Excellent 9.6
Pros: Small family ryokan in a very quiet location with 3 rooms in a separated building from the main house. Rooms are very clean and have private bathroom. Breakfast is very tasty. Owners are very sympathetic and very helpful. They are offering free shuttle to the port. Overall a very value for money.
Cons: None
Okay 4.2
Pros: The room was clean and comfortable. The heated carpet was a bonus and it felt nice sitting on the carpet during winter. The breakfast was also tasty.
Cons: 1) Botched pick-up service I arranged a pick-up service to the ryokan via Booking.com from the ferry terminal. A staff from Booking even called and confirmed that the host would wait at the bus station at 10.30am on the day of our check-in. However, when we reached the bus station at 10.20am, there was no pick-up service in sight. When we called the ryokan multiple times, nobody responded. After 30min, we got frustrated and took a taxi to the ryokan instead as it was too far to even consider walking. When we reached the ryokan, nobody came out to welcome us. We called the host again and this time, managed to connect. It turned out that the host was in the ryokan all this time and did not travel to Motomachi to pick us up at all! We had totally waited at the bus station in vain. 2) Room was not heated and futons not laid out when we returned at night We returned to a frigid room. While the host obviously entered the room during our absence to switch on the lights, she did not switch on the heating. It took an entire hour before we felt like the room was warm enough to remove our outer jackets. The room was THAT cold. Also, the futons were not laid out and we had to lay out the futons ourselves. For an accommodation marketing itself as a ryokan, we felt that this lack of service was totally unacceptable. 4) Host insisted breakfast was not included The next morning, we headed over to the main building for breakfast. The host appeared surprised and insisted that our price plan didn't include breakfast. I showed her the booking confirmation which stated clearly in black & white. After a few minutes of arguing, she finally relented and told us to wait 1 hour while she prepared the breakfast. However, this stand-off left a sour taste in our mouths. 5) No shuttle to Motomachi after check-out The host said she was busy and couldn't fetch us to Motomachi. So we had to catch a bus ourselves. 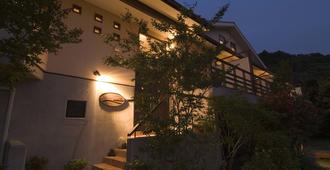 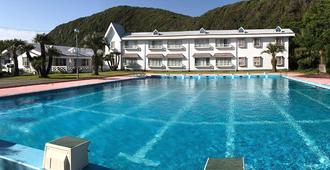 FAQs when booking a hotel near Izu Ōshima airport

How much is a cheap hotel near Izu Ōshima airport?

KAYAK users have found double rooms near Izu Ōshima airport for as cheap as C$ 110 in the last 3 days. The average price is C$ 144.

How much is a cheap hotel near Izu Ōshima airport for tonight?

How can I find hotels near Izu Ōshima airport?

Take a look at our extensive airport hotel Heatmaps to find the best hotels near Izu Ōshima airport.

Where to stay in Izu Ōshima?

Our map will help you find the perfect place to stay close to Izu Ōshima airport by showing you the exact location of each hotel.