Prices are in Canadian Dollars. 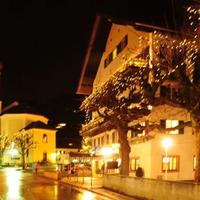 Good
based on 183 reviews
Compare vs. KAYAK |

Cheaper
Average
Higher
Based on average prices of 3-star hotels.
Enter your desired dates in the search form directly above to see room rates for this hotel.

The traditional Hotel Taube is located in the centre of Schruns, only 300 metres from the Hochjochbahn Cable Car. The restaurant has a beer garden and serves classic Austrian cuisine and local specialities from the Montafon. The rustically furnished rooms offer mountain views and a TV. Bathrooms are private or shared. Guests of the Taube Hotel benefit from a ski storage room and free WiFi access in public areas. In the 1920s, author Ernest Hemingway was a regular guest of the Taube Hotel.

FAQs when booking at Posthotel Taube

Where is Posthotel Taube located?

Posthotel Taube is located at Silvrettastr. 1, 1.5 km from the centre of Schruns. St. Anton im Montafon Train Station is the closest landmark to Posthotel Taube.

When is check-in time and check-out time at Posthotel Taube?

No, Posthotel Taube does not offer free parking.

No, Posthotel Taube does not offer free airport shuttle service.

How far is Posthotel Taube from the airport?

Can you bring pets to Posthotel Taube?

Does Posthotel Taube have a pool?

No, Posthotel Taube does not have a pool on-site.

“Hotel Taube, Schruns, Austria. This morning, October 28, 2020, I checked out of Room 22 of this old, somewhat rundown hotel in the Voralberg region of the Austrian Alps. In the winter of 1924 and 1925, with baby Bumby now in tow, Ernest and Hadley Hemingway changed their ski destination. Before Bumby, Switzerland had been their favored place to ski. But after the baby was born, they discovered Schruns, in the center of Austria. For the Hemingways, Schruns was much better on their budget. Ernest had given up his job as a reporter for the Toronto Star and Hadley's trust fund had been badly mismanaged, dropping her annual income in half from a princely $3,000 per year to $1,500. Schruns was a cheaper place to vacation and the scenery just as magnificent, which is hard to believe if you’ve ever been to Montreux, Chamby or Gstaad, in Switzerland. The following winter, in December 1925 and spring 1926, when Hemingway was hard at work revising the first draft to The Sun Also Rises, the threesome returned, but this time they were soon joined by Pauline Pfeiffer. At the time, Pauline considered Hadley one of her best friends. Or did she? Hadley, somewhat cautiously, also considered Pauline one of her best friends. But Pauline, as we know, had other intentions. Consciously or unconsciously, she was plotting—setting Hadley up. And Hadley was blind to the way Pauline was moving in on her man. Pronounced Schroonz, I was immediately enchanted by this Alpine village, which I had visited for only one day, with Daisy, at the beginning of the year. When I arrived for the second time, just two days ago by train, from Vienna, the mountain trees were sparkling with orange, yellow, green and brown leaves. I had been intently reading when I looked up for a moment. What had been only five minutes earlier a crisp autumn day, with jack-o-lantern trees in full glory, it was now—suddenly—a winter wonderland.”
“Wonderful location. Comfortable bed. Great ambiance. Lovely staff when I could find them...”
“The staff was absolutely brilliant. They helped us tremendously with the final days of the season due to the Corona outbreak and I would like to express my gratitude for them with this review.”
“Great location. Relaxed and very friendly service. Good breakfast. Practical ski room across the street.”
“The staff are super nice and helpful. The hotel has a lot of character to it. I like the traditional styling of the place, it gives the hotel a nice charm. It is right downtown, super close to bars, restaurants, the ski resort, and local market. Everything you need is within walking distance. If you don't feel like exploring, the restaurant in the hotel is good.”