Compare vs. KAYAK |
1
Hotels Hotels in Europe Hotels in Germany Hotels in Rhineland-Palatinate Hotels in Trier Hotels near Frankenturm 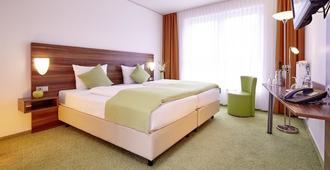 Rated #3
Ante Porta Das Stadthotel
8.6
Excellent 8.6
Based on 1,619 reviews
Details
C$ 133
View deal
Park Plaza Trier
View all details
Details
2015-2017 TripAdvisor Hall of Fame-Certificate of Excellence The 4 star Hotel Park Plaza Trier cordially welcomes you Located in the center of Trier, not far from the Porta Nigra, the Cathedral, or the Moselle, the city hotel is the perfect location for your conference or for a city vacation to Trier, Germany s oldest city. A public underground parking garage /with a fee/ is located directly next to the hotel. Parking is subject to availability. Ground floor was completely renovated in April 2014. Free usage of the Fitness Room Complementary high speed internet access throughout the hotel Modem styled guest rooms with ancient roman influences Spa area Relaxarium Lounge Bar Restaurant Plaza Grill Mediterranean courtyard Situated in the city centre
Cleanliness
9.0
Comfort
8.9
Facilities
8.0
Location
9.6
Overall
8.2 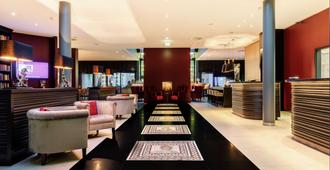 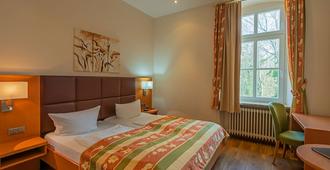 Rated #7
Berghotel Kockelsberg
8.3
Excellent 8.3
Based on 1,038 reviews
Details
C$ 104
View deal
ibis Styles Trier
View all details
Details
Reviews
At ibis Styles Trier you will have a very special stay, as the hotel is located in the historic building of the former post office. The rooms offer a unique sense of space due to a ceiling height of about 4.50 m. After a relaxing night, start the day with a continental breakfast, which can be booked. All guests enjoy many extras: Coffee, tea & water in the lobby until 10 pm & WiFi throughout the hotel.
Cleanliness
8.9
Comfort
8.5
Facilities
10.0
Location
9.7
Overall
9.4

Rated #10
Fourside Plaza Hotel Trier
8.1
Excellent 8.1
Based on 2,346 reviews
Details
Reviews
C$ 91
View deal
Mercure Hotel Trier Porta Nigra
View all details
Details
Reviews
Enjoy the view of Trier's most well-known landmark: The 4-star Mercure Hotel Trier Porta Nigra has 106 air-conditioned rooms with free WIFI. Our hotel is CCH-certified and offers an events area with five meeting rooms for your meetings or functions for up to 200 people. Arrival: The main train station is 547 yards (500 m) away and Luxembourg Airport 24.9 miles (40 km) away. If traveling by car, take the A602 and use the public garage at the hotel.
Cleanliness
8.3
Comfort
8.1
Facilities
7.3
Location
9.7
Overall
8.0 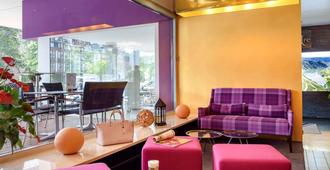 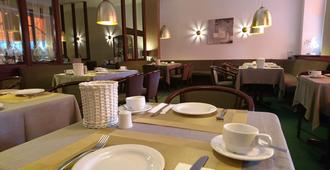 Rated #14
Nells Park Hotel
7.9
Good 7.9
Based on 654 reviews
Details
C$ 128
View deal
Best Western Hotel Trier City
View all details
Details
Reviews
The Best Western Hotel Trier is located in the city center of Germany's oldest city. The freeway in the direction of Saarbrücken and Luxembourg City as well as Luxembourg Airport can be reached in a few minutes. The Rheinisches Landesmuseum is just a few minutes' walk away. 'Porta Nigra', the ancient roman gateway and landmark of Trier, 'Kaiserthermen' or the 'Römerbrücke' are not far away and offer the opportunity to begin exploring the more than 2000-year history of the city of Trier. A bus stop is right next to the hotel. The departing buses take you during the week every 10 minutes, and at the weekend in the quarter or half-hourly clock, to Porta Nigra, Central Station or with a transfer to the 'Zurlaubener Ufer', where you can start a tour of the Moselle or have a nice dinner in one of the many restaurants there. Our hotel offers 127 rooms, a stylish lounge with bar and cozy seating areas, a fitness room, meeting and conference rooms. The central but quiet location directly on the Viehmarktplatz / Europahalle is an ideal starting point for numerous leisure activities.
Cleanliness
8.2
Comfort
8.0
Facilities
6.0
Location
9.0
Overall
8.2 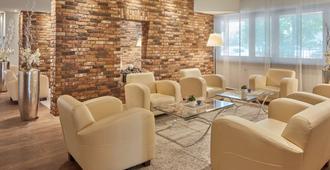 Rated #16
Hotel Constantin
7.7
Good 7.7
Based on 1,216 reviews
Details
C$ 92
View deal
Top Embrace Hotel Vinum Trier
View all details
Details
You'll be centrally located in Altstadt with a stay at TOP EMBRACE Hotel Vinum Trier, minutes from Porta Nigra and Cathedral of Trier. This hotel is within close proximity of Church of Our Lady and Basilica of Constantine. Make yourself at home in one of the 28 individually decorated guestrooms. Complimentary wireless Internet access keeps you connected, and cable programming is available for your entertainment. Bathrooms have bathtubs or showers and hair dryers. Conveniences include phones, as well as desks and blackout drapes/curtains. Buffet breakfasts are available daily from 7 AM to 10 AM for a fee. Featured amenities include complimentary newspapers in the lobby, multilingual staff, and luggage storage.
Overall 0.0 Poor
Based on reviews
All

Where to stay in Trier?

Our map will help you find the perfect place to stay close to Frankenturm by showing you the exact location of each hotel.

FAQs when booking a hotel in Frankenturm

What are the best hotels near Frankenturm?

How much is a hotel close to Frankenturm for tonight?