Search hundreds of travel sites at once for hotels in Longgang 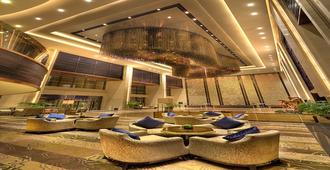 Overall 0.0 Poor
Based on reviews
All 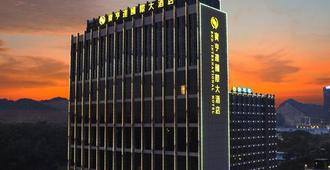 Rated #9
Fulai Garden Hotel
Details
C$ 35
View deal
Royal Century Hotel
View all details
Details
With a stay at Royal Century Hotel in Shenzhen (Buji), you'll be a 4-minute drive from Dafen Oil-Painting Village and 5 minutes from Honghu Park. Featured amenities include a safe deposit box at the front desk and an elevator.

Overall 0.0 Poor
Based on reviews
All

Rated #10
Royal Century Hotel
Details
C$ 102
View deal
Jisheng Hotel Longgang Branch
View all details
Details
Located in Shenzhen (Longgang), Jisheng Hotel Shenzhen (Longgang Branch) is convenient to Crane Lake Fortified Hakka Village and Hakka Culture Museum and Shenzhen Hakka Museum. This hotel is within close proximity of Crane Lake Hakka Village and Longgang Hakka Museum.Rooms Make yourself at home in one of the 145 air-conditioned rooms featuring refrigerators and minibars. Wired and wireless Internet access is complimentary, and LCD televisions with cable programming provide entertainment. Private bathrooms with shower/tub combinations feature complimentary toiletries and hair dryers. Conveniences include phones, as well as safes and desks.Amenities Pamper yourself with onsite massages and facials. You're sure to appreciate the recreational amenities, including a nightclub and a sauna. Additional amenities at this hotel include complimentary wireless Internet access, concierge services, and a hair salon.Dining Satisfy your appetite at one of the hotel's 2 restaurants. Buffet breakfasts are available daily for a fee.Business, Other Amenities Featured amenities include complimentary high-speed (wired) Internet access, a business center, and express check-in.
Overall 0.0 Poor
Based on reviews
All

Where to stay in Longgang (Shenzhen)?

Our map will help you find the perfect place to stay in Longgang by showing you the exact location of each hotel.

FAQs when booking a hotel in Longgang

What are the best hotels in Longgang?

How much does a hotel in Longgang cost?

KAYAK users have found double rooms in Longgang for as cheap as C$ 19 in the last 3 days. The average price is C$ 28.

How much does a hotel in Longgang cost for tonight?

How much does a hotel in Longgang cost for this weekend?