Overall 9.2 Excellent
Based on 439 reviews
All
Cleanliness
9.5
Comfort
9.4
Facilities
9.0
Location
9.7
Overall
8.8
Cleanliness
9.6
Comfort
9.5
Location
9.9
Services
9.4
Staff
9.5
Cleanliness
9.3
Comfort
8.0
Facilities
8.0
Location
10.0
Overall
8.0
Cleanliness
9.6
Comfort
9.4
Location
9.8
Services
9.3
Staff
9.6
Cleanliness
9.3
Comfort
9.2
Facilities
10.0
Location
9.7
Overall
10.0
Cleanliness
9.2
Comfort
9.2
Facilities
10.0
Location
9.5
Services
8.8
Cleanliness
9.1
Comfort
9.0
Location
9.6
Services
8.8
Staff
9.1
Excellent 9.7
Pros: Service was excellent! The best I have ever experienced. Real 5 star service from the doorman, front desk, restaurant staff, bar tender, housekeeping, etc., all the employees were extremely courteous, helpful, attentive, and professional. Hotel is very nicely and tastefully decorated, lots of artwork and fancy walls, ceilings, etc, and our room was very comfortable. They gave us a free upgrade upon check-in (from a deluxe room to a grand deluxe). Location is perfect - it is right in the middle of town, close to all the attractions, restuarants, and shopping. Yet the inside of the hotel is very quiet and relaxing. Breakfast buffet (included in our room rate) was AMAZING!! Excellent food, lots of choices, and of course excellent service from the staff. I think it would be OK for kids, but it is probably better suited for adults. My wife and I had a wonderful time and I highly recommend this hotel!
Cons: There is a small gym which I would have liked to be bigger with more equipment The grand deluxe room was a good size, but I think the standard rooms are quite small, especially for what U.S. tourists are used to.
Excellent 10.0
Excellent 10.0
Excellent 10.0
Pros: Perfect central location. The staff are professional, polite and friendly. The hotel has a lovely bar area. Rooms are very clean. Sheets are changed everyday.
Good 6.8
Pros: the location is great even though very hard to get there.
Cons: We got there late at night and could not get to the street. The stuff is nice and polite. the hotel was too kitchy for us, the price was very high for the value. The room they gave us was very far and noisy from the motors of the a\c. With this cost you would expect more! 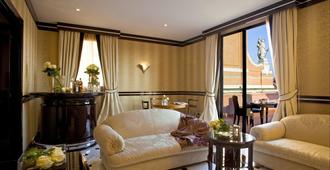 Rated #4
Savoia Hotel Regency
8.9
Excellent 8.9
Based on 3,189 reviews
Details
Reviews
C$ 96
View deal
NH Bologna De La Gare
View all details
Details
Reviews
The NH Bologna de la Gare hotel is in the heart of the city and only steps away from Bologna train station. Many of the city’s top attractions, such as the Piazza Maggiore, San Petronio, and Torri degli Asinelli, as well as the many delicious restaurants, trendy shops, and bars are easily accessible by foot. One of the city’s main business venues, the Bologna Fair Center, is only 3km away. You can easily reach the airport, which is 9km away. NH Bologna de la Gare has 156 cozy rooms. While they feature a traditional decor, each is equipped with modern comforts such as free Wi-Fi, a TV, and a mini-bar. For stunning views of Bologna, check in to one of our top floor suites. We serve a delicious daily breakfast that features a varied spread of options, including classic continental staples and local favorites such as Italian mortadella. The Amarcord Restaurant is a great place for lunch or dinner. The menu features both international dishes and local specialties, with a focus on delicacies from the Emilia Romagna region. There is a lobby bar, where you can taste local grappa or sip on your favorite cocktail. The hotel also has 7 meeting rooms for up 220 people.
Cleanliness
8.9
Comfort
8.8
Facilities
7.3
Location
9.2
Overall
7.5 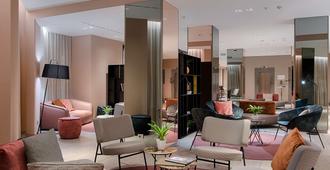 Rated #5
NH Bologna De La Gare
8.7
Excellent 8.7
Based on 3,759 reviews
Details
Reviews
C$ 98
View deal
Best Western Plus Tower Hotel Bologna
View all details
Details
Special Protection, our commitment to ensuring a safe stay with strict cleaning and sanitization protocols. Technologies to support the interaction with the staff to promote social distancing. Healthcare insurance throughout the stay in partnership with AXA Partners. Contemporary design, dedicated services and flexible solutions at Bologna's tallest hotel. The Best Western Plus Tower Hotel Bologna is strategically located just a few meters from the Bologna north bypass and the E45, five minutes away from the A14 and 10 minutes’ drive from Bologna Exhibition Centre. The hotel's location is ideal for those who prefer to travel by car, thanks to its convenient outdoor parking and indoor garage, available free of charge. The nearby bus stop connects the hotel to Piazza Maggiore and to Bologna's main attractions in just a few minutes. With its welcoming atmosphere, professional staff and 4 Star services the Best Western Plus Tower Hotel Bologna offers the perfect solution for both leisure and business travelers attending conferences and trade shows in the city. Complimentary Wi-Fi is available throughout the hotel to always stay connected. The conference center boasts 11 modular meeting rooms, all varying in sizes and flooded with natural daylight, which can accommodate as many as 400 people in one space. All guest rooms are tastefully furnished with contemporary finishes and king size beds, and feature SkyVision cable television. The hotel's onsite restaurant offers a dynamic environment and a wide array of menus to suit different occasions, from business lunches to fine dining as well as culinary experiences customized to meetings and events. Located on the 18th floor, the hotel's fitness area offers unparalleled views of the city and is completely free for our guests to use. The hotel's privileged location allows easy access to the Central Railway Station and to G. Marconi Bologna Airport. This property has joined the Stay for the Planet project. It undertakes to manage the hotel activities in a sustainable manner by monitoring consumptions, reducing the presence of disposable plastic, taking energy efficiency actions for a positive impact on the environment.
Cleanliness
8.9
Comfort
9.0
Facilities
8.0
Location
8.1
Overall
10.0

Rated #6
Best Western Plus Tower Hotel Bologna
8.7
Excellent 8.7
Based on 3,267 reviews
Details
C$ 99
View deal
Starhotels Excelsior
View all details
Details
Reviews
Bologna is a modern city with ancient charm, and the Starhotels Excelsior is the ideal starting point for visitors who want to discover it. Strategically located near the main Central station and only 2 km from Bologna's exhibition centre, the Starhotels Excelsior is a blend of classic style and contemporary taste. The hotel's 193 stylish, elegant and comfortable rooms and suites all feature prestigious furnishings and many look onto an unforgettable panorama of the city's rooftops and mediaeval towers. The Avorio by Eataly restaurant offers a selection of traditional local dishes, based on the finest ingredients, in a refined, vivacious atmosphere. The welcoming Fondente Bar by Eataly is the ideal venue to enjoy a relaxing drink. Equipped with modern hi-tech facilities, the 5 meeting rooms can host up to 210 people, providing the ideal space for business meetings and private events, perfectly organised by a team of professionals.
Cleanliness
9.1
Comfort
9.0
Facilities
7.7
Food
8.5
Location
9.2 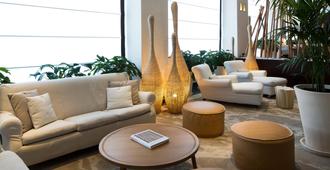 Rated #8
Albergo Panorama
8.7
Excellent 8.7
Based on 960 reviews
Details
C$ 53
View deal
Unahotels Bologna Centro
View all details
Details
Strategically located in front of the Central Station, close to the historic centre and the trade-fair centre, the new UNAHOTELS Bologna Centro is the ideal place for both business and leisure trips. Its 93 rooms, 6 suites and 3 meeting rooms offer comfortable facilities equipped with the latest design and technology. The bar with terrace and the restaurant provide moments of relaxation and refreshment.Indoor garage.
Cleanliness
9.0
Comfort
8.8
Facilities
3.0
Food
6.5
Location
9.1 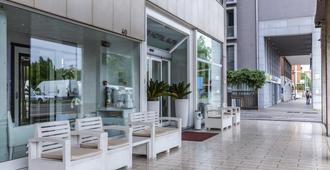 Rated #11
Suite Hotel Elite
8.5
Excellent 8.5
Based on 5,692 reviews
Details
Reviews
C$ 76
View deal
Hotel Il Guercino
View all details
Details
Reviews
With a stay at Hotel Il Guercino, you'll be centrally located in Bologna, a 4-minute drive from University of Bologna and 8 minutes from BolognaFiere. Featured amenities include a business center, limo/town car service, and express check-out. Planning an event in Bologna? This hotel has facilities measuring 377 square feet (35 square meters), including a meeting room. A roundtrip airport shuttle is provided for a surcharge at scheduled times, and self parking (subject to charges) is available onsite.
Cleanliness
8.9
Comfort
8.4
Facilities
6.6
Food
10.0
Location
8.6 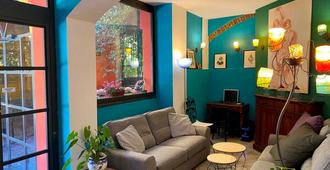 Rated #12
Hotel Il Guercino
8.5
Excellent 8.5
Based on 850 reviews
Details
Reviews
C$ 73
View deal
I Portici Hotel Bologna
View all details
Details
Reviews
A stay at I Portici Hotel places you in the heart of Bologna, within a 15-minute walk of Piazza Maggiore and University of Bologna. Featured amenities include a business center, express check-in, and express check-out. Planning an event in Bologna? This hotel has facilities measuring 2153 square feet (200 square meters), including a conference center. Self parking (subject to charges) is available onsite.
Cleanliness
8.7
Comfort
8.4
Facilities
8.8
Food
8.5
Location
9.3 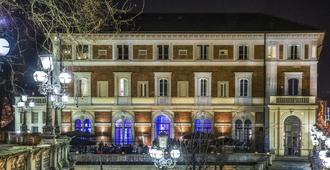 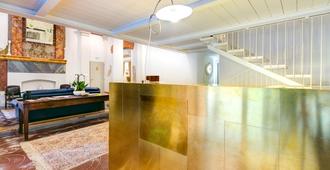 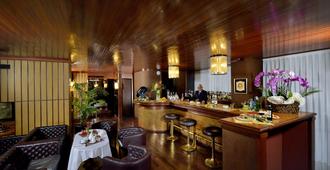 Rated #15
Grand Hotel Elite
7.8
Good 7.8
Based on 3,670 reviews
Details
Reviews
C$ 262
View deal
Mercure Bologna Centro
View all details
Details
Reviews
An peaceful oasis in a large private park at the entrance to the old town, opposite the Central Station and 3 km from Bologna Fiere, the Mercure Bologna Centro combines the needs of business travelers and those who want to discover the city. 244 rooms with free WiFi, a meeting area with 5 modular rooms, a lounge bar overlooking the large indoor park. Paid parking in the hotel's garage upon reservation.
Cleanliness
7.6
Comfort
7.4
Facilities
8.3
Food
9.2
Location
9.0 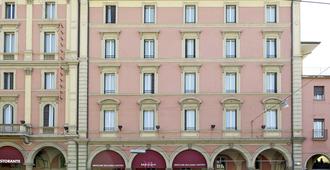 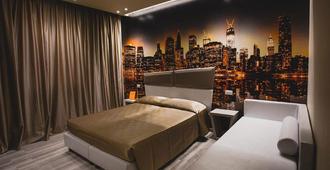 Where to stay in Bologna?

Our map will help you find the perfect place to stay close to Museo Ostetrico by showing you the exact location of each hotel.

FAQs when booking a hotel in Museo Ostetrico

What are the best hotels near Museo Ostetrico?

How much does a hotel near Museo Ostetrico cost?

KAYAK users have found double rooms near Museo Ostetrico for as cheap as C$ 35 in the last 3 days. The average price is C$ 37.

How much is a hotel close to Museo Ostetrico for tonight?

How much is a hotel near Museo Ostetrico for this weekend?