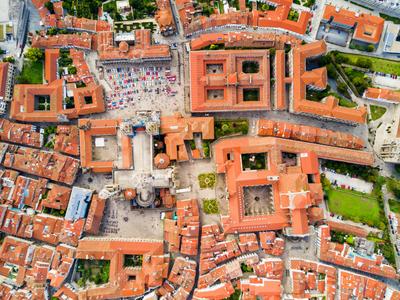 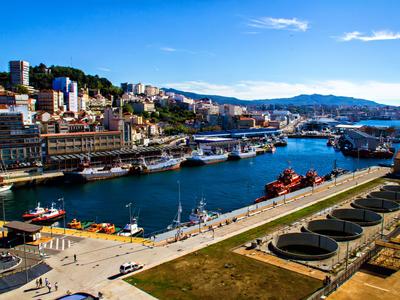 How long is the flight to Galicia?

An average direct flight from Canada to Galicia takes 20h 38m, covering a distance of 6220 km. The most popular route is Toronto - Santiago de Compostela with an average flight time of 16h 55m.

What is the cheapest flight to Galicia?

What are the most popular destinations in Galicia?

Cons: "Boarding was slow but they had increased number of wheelchair clients. Not their fault but was a known so the process could have been started earlier."

Pros: "Service was good. Flight attendants were friendly"
Cons: "The departure area at terminal 1 YYZ was crowded and not the most comfortable experience"

Pros: "everything from the boarding and check-in process to in flight comfort."

Pros: "Nice touches like pillow and blanket, lots of movies and hot meals."
Cons: "My seat was very uncomfortable for such a long flight! It didn't recline and was cramped. Also I have terrible nut allergy and when I tried to communicate that to the flight staff the kept telling me to tell someone else."

Pros: "I liked that we got served a lot of snacks and food :)"
Cons: "Nothing honestly! Smooth flight :)"

Pros: "Smooth boarding."
Cons: "The cramped seats, not a lot legroom and people complained once you reclined."

Pros: "The whole trip went smoothly. The price was right. There was a very bad storm in Charlotte before departure. Lufthansa made a delay, and I was very happy about that decision. They were very informative about connections, and emailed important information. Friendly, competent staff!"
Cons: "N/A"

Pros: "Ended up flying with air canada after they switched us"
Cons: "Lufthansa switched us three times , and then when we got to the airport in toronto it was air Canada. They found our grandparents tickets but not ours. Ridicule our flight was supposed to be only 1h layover, inatead it’s 6 and we are going to miss all our next travel accommodations."

Pros: "Air Canada is a great airline too"

Pros: "entertainment options were great"
Cons: "rushed from connecting flight and then had to go through passport security check point"

Pros: "Crew was wonderful. One of the smoothest flights I’ve taken in a long time"
Cons: "Boarding was chaotic and basically a free for all rather than by rows( back of the plane first)"

Cons: "My luggage didn’t arrived in Santiago And it was so frustrating start my vacation Here without medicines, winter clothes, Phones cables and chargers etc et I would like to know When I can have my suitcases"

Pros: "The flight attendants all were very helpful and seemed to enjoy their jobs"

Pros: "Crew helped us with connections"
Cons: "Choice of seat came with a cost. Very uncomfortable seating. Not enough room."

Pros: "Crew was pleasant and helpful, even once we had a long delay"
Cons: "The cabin was very tight and the seats were very uncomfortable"

Pros: "Easy flight and on time"

Pros: "nice and polite crew"
Cons: "no screens/maps with route information no enterteinment unless downloaded on your own devise, I had an Iphone which is too small to watch anything.... seat hardly reclined at all and felt extreemely uncomfortable"

Pros: "Huge, new plane, lots of helpful crew, personal entertainment screen, chairs laid back more than typical"
Cons: "Window arm rest didn't move up, boarding was crazy because YYZ airport doesn't have the format to hold lots of people, how to board was a bit confusing, and turbulance."

Pros: "Our stewardess from Toronto to Germany was the best that I have ever had."
Cons: "Great trip."

Pros: "The flight was really on time and the flight crew was just amazing. The overall experience was exceptional. Will recommend this servic to any one who will like to travel"
Cons: "Nothing"

Pros: "The flight attendant was very professional. The flight itself seemed quick and easy, and I believe we landed early despite being delayed for takeoff."
Cons: "I wish the head rests had the "wings" that help keep your head from rolling back and forth. Also I wish we had an option for our snack."

Pros: "My trip was from IAH to FRA by Lufthansa flight"

Pros: "Lufthansa took great care of my two cats transport abroad. They went overboard in my estimation and along with partner Adria Airways I couldn't be more grateful,and so are the kitties, for the wonderful care. ."

Pros: "Lufthanza is very bad with customer service. They have a NO COMMUNICATION POLICY. Tell the customer nothing. Leave them in the dark."
Cons: "no announcements about a flight that did't occur for one hour later"

Cons: "I will not fly on Air Canada again...Eventhough this is listed as a Lufthansa flight there was nothing Lufthansa about it. Terrible food. Overall miserable"

Pros: "the magazine selection prior to flight, bottle of water in front of each seat and crew were great, the pilot's landing was amazing! The seat in front of me had weird legs that made the room under the seat smaller than other seats around me. So you couldn't fit in the carryon fully under it as you could under the seat diagonally from me, however, this ended up being a huge plus since I could use the legs of this chair in front of me as stepping places to place my feet during flight. Since airline does not provide foot rest, it was great to have this to elevate the feet for a long flight. More considerations should be give to provide footrest or at least these kind of foot elevations."
Cons: "The dinner and breakfast were a bit disappointing, but not bad and not a deal breaker at all since the rest of the flight was wonderful. I noted comfort as ok, but that's applies to all airlines - the seats in economy and no footrest is very uncomfortable, but that's on all economy flights, so no deduction of points there. I do want to note that I needed a boarding pass at the gate and stood in line for quite a while (I was first in line) before I was even acknowledged by a lady who ended up helping me eventually. But she was so cranky! (there were 2 ladies - one busy helping the crew and putting around barrier - she was fine, the other with a head covering (putting this hear just to distinguish the ladies as one was doing a great job)- not sure what she was doing, but she plainly ignored me standing at the desk in front of her, I didn't say anything, just patiently waited until she acknowledged me, and then she printed the boarding pass for me, but she was way to cranky to be in the job that she is in - no need for that kind of attitude."

Pros: "The process of helping me to get on the connecting flight on time - a person led all those making this particular connecting flight to a bus and then straight to the gate. A very smart way to ensure we didn't stress or have to find the gate ourselves. Very impressive"

Pros: "Nice, comfortable , spacious seats in premium economy. Nice attendants."
Cons: "temperature in the Premium Economy sections was freezing. Me and the person next to me wore 3 blankets each and were still shivering from the cold. The windows had ice on them (on the outside of course). Several people got up and wore their jackets and sweaters in addition to the blankets. In the Economy section the temperature was just fine (my husband sat there) and we had to alternate seats so that I don't freeze. He paid extra for me to have a more comfortable arrangement, but it ended up being way too cold. That did not happen on the way to Europe..."

Cons: "It was raining and cold and we were told to get out of the bus to board the plane, even though there were still many people trying to board the plane. Got wet in the rain on a cold morning before boarding."

Pros: "Flight was 10 minutes late departing but a short flight time led to us arriving in CDG on time."
Cons: "Baggage delivery to carousel 6 at CDG took over 40 minutes with delivery coming in small batches......the flight time was shorter!"

Cons: "Food was not that good"

Pros: "I was seated in an exit row and there were pillows and blankets made available to every passenger."
Cons: "The scheduling of the in flight events made no sense. The cabin was dimmed for take off (logical, given that it was a red-eye). However, once we were at altitude, the lights were put back on to serve dinner. Several people were woken up by this and it took like 1.5 hrs because its a big plane. Also, it was like 9-10pm local time by this point so dinner made no sense! Then the lights were dimmed and people tried to sleep. The lights were turned on 1.5 hrs prior to landing to serve a light breakfast. So, 6.5 hr red-eye turned into about 3.5 hrs of actual sleeping time. I would've preferred to be left alone and given a bigger breakfast."

Pros: "The breakfast, one piece of poundcake, that was the only highlight, and one decent size bathroom."
Cons: "Boarding was unorganized, nobody knew what was going on, but the biggest disappointment is there were no movies there are no video screens on the entire plane so unless you bring your own device and have pre-downloaded Air Canada app there are no entertainment options at all! Who ever heard of a transatlantic flight that didn't have a movie? Make sure you download the app so you can at least watch the movies on your tiny screen."

Cons: "They didn't have time to give half the people drinks and we weren't even given water."

Masks required on board, masks provided on flights to Galicia

Middle seats unavailable to book on flights to Galicia

Testing for antibodies, testing for symptoms for flights to Galicia