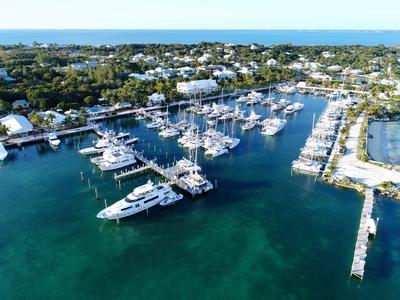 How long is the flight to Abaco Islands?

An average direct flight from Canada to Abaco Islands takes 27h 11m, covering a distance of 1946 km. The most popular route is Montreal - Marsh Harbour with an average flight time of 44h 15m.

What is the cheapest flight to Abaco Islands?

What are the most popular destinations in Abaco Islands?

Pros: "Everything was on time considering the heavy Holidays travels."

Pros: "Air Crew was professional and polite - flight was quick and lasted less than 90 minutes in the air, was overall enjoyable"
Cons: "Gate attendant was fairly rude (could be a result of holiday travel stress) - several travelers didn’t speak English fluently, and she would snap at them or roll her eyes they weren’t comprehending instructions. Boarded extremely early (almost an hour) but sat on tarmac for some time - eventually took off about 20 minutes late. Not airlines fault and likely result of holiday backlog Retrieving baggage from plane was biggest issue - use a carry on to but was required to valet bag as opposed to storing overhead. Baggage unloading was late (again, holiday backlog) but no personnel were available to inform passengers of delay, and bags were not in initial cart. Resulted a delay of offloading by roughly 20 minutes. Was ultimately found in the second wave of luggage, and witnessed baggage handlers tossing luggage carelessly onto cart floor. Nothing was damaged but was annoyed at lack of communication and overall disorganization."

Pros: "The crew was amazing, and the duration of flight time was reasonable"
Cons: "Comfort of the seat, space between seats"

Pros: "No amazing crew, just average. The should airline should have follow through on a specific request, but the airline's computer wipes out such things."
Cons: "Airlines should listen to the requests of the passengers."

Pros: "All was ok accept they charge 32dollar for bag."
Cons: "Travel with free bag."

Cons: "The booking process. Went through a third party (ka$@k) and at the last minute was transferred to a cheap aggregator I had never heard of. Needless to say customer service was a joke. Plain fraud."

Cons: "The wifi signup process not seemless with Android."

Pros: "The seat was comfortable and the flight attendant was very helpful with all the questions I had, thanks for the wonderful first time flying."
Cons: "Nothing give a 10/10"

Pros: "The crew was super nice and I saw them be super accommodating to other passengers which made me feel good about using their airline."
Cons: "They should offer headphones"

Cons: "Make seat available for two of us together not every one in a deferent row"

Pros: "Even thou flight was delayed we arrive at a decent time."

Cons: "Flight delayed by 2 hours due mechanical issue Missed connecting flight Waited in line for 2 hours for a hotel comp. had to pay 20$ to get to hotel because there was no shuttle Still stuck in Dallas. Never made it to Sam fran. Extremely disappointed I expect compensation"

Cons: "The drink service came a little late in the flight... but that is a suggestion more than a complaint."

Pros: "Crew on and off plans were helpful and nice."
Cons: "Delayed for hours for a short one hour flight with multiple gate switches."

Cons: "Bathroom needs fixing as toilets were not working. Planes kept getting cancelled. I never have problems with southwest"

Pros: "The crew"
Cons: "I just don’t understand how a flight can be delayed three hours from weather the day before. And, of course, we arrived and there was no gate for us. They had three hours to have a gate ready for us. AA fail!"

Cons: "Flight arrived over 40 min late and despite my connecting flight still being connected to the gate I was told I couldn’t board. There were 5 people trying to connect to the same flight so it’s pretty rediculous that we were told to rebook when the plane didn’t leave the gate for 15 more minutes. This was the call of the airline and it was handled poorly. The rebooking agent was also extremely rude and seemed totally self absorbed. This was my worst flying experience out of approximately 50 flights this year. Never again American."

Pros: "Flight crew was nice"
Cons: "the small jets are so uncomfortable."

Pros: "The crew was awesome, very attentive and helpful."
Cons: "The plain was very old meaning no screens, outlets, pretty much no entertainment what so ever. Seats are cramped."

Pros: "On time."
Cons: "They had to take my bag and because no one would volunteer... sigh."

Pros: "The crew was great and made light of a relatively tense situation. This was a connecting flight for many passengers which was delayed so many of us were missing our connections. The crew still did a great job keeping everyone comfortable and boarding us quickly."
Cons: "Unfortunately our plane was grounded in Chicago before our leg of the trip even began. By the time it arrived in YYZ many of us would already be missing connections. Due to a smaller plane we have to stow most of our carry on below which caused a bit of chaos while disembarking trying to retrieve bags and hustle to the next flights. Since I knew before leaving YYZ we were quite delayed my husband drove to ORD to pick me up instead of waiting 24hr for the next flight to St. Louis. It added 8 hours of driving for him to an already long day but we made the best of it."

Cons: "Boarding at Terminal 3 gate A8 was slow and a single line makes for a lengthy process."

Pros: "friendly crew, good leg room, on time dperature and arrival. entertainment"
Cons: "one of the food items (beef sandwich) has alcohol in it but I was't told so I ordered from my child then discovered it after reading the label."

Cons: "Bag was delayed and damaged"

Pros: "good price and a good route"
Cons: "This turned out to be a 'code share' flight operated by American Airlines. As such, neither Qantas nor American Airlines would allow me to buy premium seats so we could have extra leg room. They said the 'code share' blocks seat sales! Be ware Also found out that American Airlines does not serve meals on flights from Toronto to LAX. I was told they only serve meals on "international flights" but that I could buy a sandwich or snack. Unfortunately they only had 4 sandwiches on board , which sold within the first 2 rows of the plane!"

Pros: "Service was prompt and we arrived on time"

Cons: "There was a glitch in the system with our boarding passes. It got sorted out but was just kind of weird."

Pros: "Good assortment of entertainment"
Cons: "Delayed so long we missed our connecting fligh. Then we’re left with no hotel room as everything was booked in Miami for the holiday weekend. It was a mess"

Pros: "The seats were comfortable and the boarding process was very well organized."
Cons: "The plane had a very good entertainment system with a lot of good movies, but the flight had no earphones available, so only the passengers that had their own ear/headphones could use it. Other than that, the flight attendants were not kind in any way and items present in the onboard menu, were not available, as I asked for Pringles and there was none. I did not see anybody eating some food in this flight, other than the mini pretzels served. How a 3hour flight arriving at 09 PM, had no food onboard?"

Pros: "We missed this flight."
Cons: "Background info: we flew from Dublin to Toronto (Aer Lingus) and we were supposed to fly Toronto to Los Angeles on American Airlines; however, we had a British Airways flight number for both of these flights. We missed our connecting flight in Toronto with American Airlines (we had a 2 hour layover) despite landing on-time (de-boarded a few minutes late). I suggest avoiding the Toronto airport ALWAYS as every passenger must pick up his/her luggage even if you have a connecting flight, and then re-check the baggage with the next flight. Apparently the baggage handlers were on strike and some of the customs agents as well which added to the delays. Well, after going through Canadian customs and picking up our luggage (which took quite awhile) we arrived at the American Airlines ticketing kiosk about 45 minutes before our flight. The computer told us we were too late for this flight and to see a representative. We proceeded to wait in line for an American Airlines representative only to be told this was Aer Lingus' fault (we had just flown with them); even though we had a BA flight number.. After searching for an Aer Lingus representative we were finally told they were probably all on the Aer Lingus flight that was currently about to leave. An Aer Lingus representative was paged to the ticketing counter (took well over 30 minutes for anyone to show up) and what proceeded was an argument (for well over an hour) between British Airways and Aer Lingus representatives about whose responsibility it was to re-book us. After an hour at least of poor customer service, we were finally rebooked by British Airways on the last flight to LAX (on Air Canada). Moral of the story: avoid Toronto and fly direct."

Cons: "Staff seemed tired with some minor conflicts between them at Toronto gate"

Cons: "The seats are hard although spacious for a 3 set row."

Pros: "At least the gate agent was pleasant when she told us she couldn't help us and gave us information to get rebooked."
Cons: "That our bags were late coming off the plane and instead of being able to put them on the connection belt we had to take them up to recheck and rwtag them."

Cons: "I hated the waiting area at Pearson. I hated the temperature and how tiny the seats are. Was so hot and absolutely miserable."

Cons: "Connecting to LAX through Toronto was frustrating. We were told in Dublin that our bags were checked all the way through to LA and they weren't. (Been through Toronto before and thought maybe they had changed the procedure) Airport signage could be improved to accurately inform of baggage pickup and drop off with your connecting air carrier. (Our traveling companions ended up missing the flight home in the confusion.) The airport is going through renovations, maybe it will improve. The flight to LA wasn't stocked properly with food. They ran out of sandwiches/fruit and cheese plates by the first few rows in the main cabin. No earbuds available for those who needed them. Cramped seating. This flight was with BA partner American Airlines"

Pros: "Friendly crew"
Cons: "Zero Entertainment. Flight delayed around 30 minutes, which gave me a heartburn as we had to catch the next flight. No priority plus lounge near this gate in Toronto"

Pros: "I liked having a window seat."
Cons: "My screen was broken, so for 6 1/2 hours, I was unable to watch any movies and didn't see the safety video either."

Pros: "Great aircraft and a very attentive cabin staff. Food and beverages were served by friendly and pleasant attendants despite a full economy section. It isn't easy to be pleasant in such circumstances, but our cabin staff were - and this on an American airline!"
Cons: "Knee room was sparse but a considerate person in the seat in front of me keep her seat upright through the flight. I thanked her for that after we landed."

Masks required on board, masks provided on flights to Abaco Islands

Middle seats unavailable to book on flights to Abaco Islands

Testing for antibodies, testing for symptoms for flights to Abaco Islands