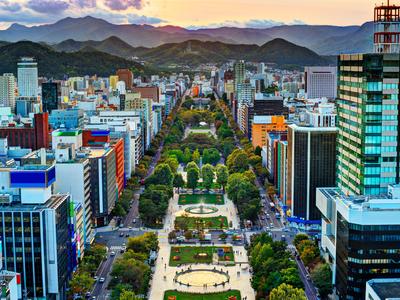 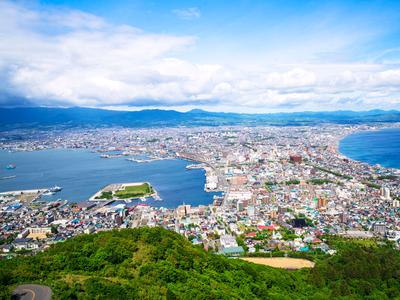 How long is the flight to Hokkaido Prefecture?

An average direct flight from Canada to Hokkaido Prefecture takes 28h 21m, covering a distance of 8454 km. The most popular route is Toronto - Obihiro with an average flight time of 39h 50m.

What is the cheapest flight to Hokkaido Prefecture?

What are the most popular destinations in Hokkaido Prefecture?

Cons: "Seats were so uncomfortable!but love the direct flight eben though it was almost 2 hrs late"

Pros: "They had very bad service for 5 hours flight I asked two times I need a coffee but they didn’t give it for me and on that time I saw they serviced for two another guys just they said to me “we come back to you” but unfortunately they didn’t come back. No facilities for calling the crew. I am very angry for my flight Toronto to Vancouver specially the bad crews."
Cons: "See and train the crew and look for your services for 5 hours flight."

Cons: "Vincent, the Director of Services ensured that this is the best flight I have ever had on AC’s Business Class"

Cons: "Stuck in the last row with no recline. Seat should be discounted."

Cons: "Air Canada has completely gone down the tubes and super quickly."

Cons: "the poor Air Canada Rouge employee boarding the passengers from the gate was alone but it was hard to see her working so hard. There should have been 2 employees there as it was very busy and many had to wait. I had wheelchair assistance and was left at the wrong exit for my shuttle and had to walk quite a distance, which took me a very long time, and therefore added over an hour to my travel home."

Pros: "Like the selection of movies"
Cons: "food could be better"

Pros: "The flight wasn’t full, so I sat in my own row,?which offered spare leg room (I’m 6’2”). Time to fix the leg room issue on Rouge flights — it’s 2018."
Cons: "Crew seemed uninterested in general. On phones in back while people struggling to find luggage space. Coffee cups and plastic utensils, etc, stored in overhead bins so people at the back had to search for carry-on space elsewhere, again, without assistance from on board crew. Offered service only once and many were sleeping so didn’t get anything. The overall check-in process could be easier, as the app doesn’t always work as it should."

Pros: "Everything else was fine/standard."
Cons: "Not all ground staff are crosstrained on how to accept manual payment for extra luggage and had to wait an extra half hour for the only person who can process a debit transaction. Does not make sense..."

Pros: "The movies on board"
Cons: "The fact the plane was late"

Cons: "Signed up for txt notifications, but not informed of flight dep delays; told repeatedly of 'full flights at del gate but not the case, lots of empty seats; delayed again on arrival, waiting for 'assigned' berthing to open up, which was assigned to another plane; had to walk 'miles' to get to security once inside terminal - why doesn't AirCanada get decent treatment in assigned berthing at Pearson, especially after midnight when there must be hardly any flights arriving..."

Pros: "Everything"
Cons: "Nothing"

Pros: "The staff on board the plane were excellent."
Cons: "The wireless entertainment system is slow and glitchy and did not work on an older iPad. The food was subpar but by airline standards was middle of the road."

Pros: "Nothing"
Cons: "I didn't travel with children, but if I had done they would have needed entertaining. The crew offered iPads (to rent) for the entertainment of children and adults alike. Why can these not just be given to passengers, better still BRING BACK SCREENS IN SEATBACKS!!!"

Cons: "1, no food 2, pay for the luggage 3, very small leg room 4, too low temperature in the cabin and no blanket"

Pros: "That we ended the trip safely."
Cons: "Paid the trip to Lufthansa and flown with Rouge not even Air Canada ! Big disappointment, never again."

Pros: "Crew were excellent, flight itself was comfortable once finally underway"
Cons: "My flight was delayed, never given an explanation. My bag did not arrive with my flight from Victoria to Toronto. I was never told why this happened, and I was refused entry through customs and forced to miss my connecting flight."

Pros: "Nothing"
Cons: "Multiple delays, slow employees at desk, employees had attitudes when they were asked questions."

Pros: "The staff and service were excellent!"

Pros: "Thanks for keeping us posted on the updates"

Cons: "Lost our luggage in Toronto both times in and out. Had to sit to wait to pass customs for 2 hours and almost missed our connecting flight. Was released 15 minutes before boarding and couldn't enjoy dinner at the airport"

Pros: "Flight was delayed 4 hours, however the boarding was efficient and the crew were very friendly."

Pros: "The blankets and pillow provided to every single customer. The food was actually pretty good except for the breakfast meal could have been a little better."
Cons: "Pretty much just the breakfast meal and the buttons on the armrest, the person to our right kept accidentally turning on my light and changing my volume with her elbow."

Pros: "This flight was so much better than my nice to Montreal flight. It seems like nicer planes should be used for international flights."
Cons: "It'd be nice to have snack and blanket included on a 5 hour flight. We paid $6 for the cheapest blanket ever so my daughter could nap."

Pros: "The price was decent."
Cons: "I was travelling with a 13 yr old and expected to be seated together when I booked. I didn't know I needed to pluck my seats if I didn't want to pay extra. The woman at boarding moved our seats, however, closer at boarding, which I thought was pretty considerate."

Pros: "Plenty of beverages provided and friendly crew."
Cons: "Entertainment app had to be downloaded prior to take-off to access many of the entertainment features such as movies."

Cons: "There was no in seat screens for entertainment. Space was much more cramped than other Air canada flight we had. Knees were against seat in front. No snacks provided only drinks. Food was available for purchase."

Pros: "Crew was surly overall on flight. On ground they looked bored-one on first leg of flight seemed hung over"
Cons: "Changed my flight home do my layover went from 1 hr 30 min to 5 hours!"

Pros: "The space I had for my feet and legs"
Cons: "The lights that had to stay on during a red eye flight"

Pros: "Flight was on time and everything went well"

Pros: "Flight crew was great. Aircraft was great."
Cons: "Food could have been a little better."

Cons: "Flight was delayed over 4 hours due to Air Canada needing a mechanic to check and sign off on the tire tread on one of the wheels, the ground staff enforced the carry-on bag size arbitrarily and inconsistently, and the entertainment system froze up and reset itself at least 3 times on the flight. Apart from the captain, the rest of the Air Canada staff exhibited the usual bureaucratic and defensive behavior I have unfortunately seen multiple times before. They're expensive (with a nasty computer algorithm that raises the price by over $100 each time you browse flights. The first time I checked, it was $300+; by the 3rd time it was over $600. When I used a VPN, the price magically went down to $300 plus, which was still a lot) and the experience is generally unpleasant. I have to brace myself for their lack of common sense behavior every time I deal with them. If I didn't have to fly with them, I wouldn't."

Pros: "I was pleasantly surprised by the amount of leg room and the increased humidity level in the economy section of the 787."
Cons: "We sat on the runway for an hour, 25 minutes at the gate and 35 minutes in line for a slot to take off. They ran out of the chicken entree before they got to us, and the snack (a "cajun wrap") left a terrible after taste that took and handful of arctic mints over several hours to get rid of."

Pros: "The aircraft was clean, flight on time, service and staff were very professional and courteous."
Cons: "Boarding should be from the rear of the aircraft to reduce congestion in the aisles. Need more vegetarian food options."

Pros: "Skilled pilot dealt with rough weather very well."
Cons: "if you have ever flown on a low cost airline like Ryanair or Easyjet act like you are on that flight. Bring snacks and headphones."

Masks required on board, masks provided on flights to Hokkaido Prefecture

Middle seats unavailable to book on flights to Hokkaido Prefecture

Testing for antibodies, testing for symptoms for flights to Hokkaido Prefecture