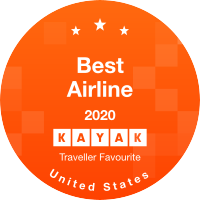 "Great flight for the price." 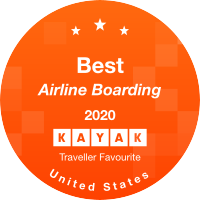 ""Boarding was good, crew was friendly"" 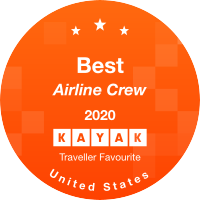 Focusing predominantly on domestic travel within the United States, Frontier flies to smaller regional locations as well as large cities. Controlling operations from a hub in Denver, the airline reaches more than 105 locations across the United States. Services are also available to international vacation destinations in Mexico, Jamaica, Puerto Rico, Canada, and the Dominican Republic.

Frontier operates as an ultra-low-cost carrier with competitive prices and direct single-leg trips. Fares are kept low by sacrificing luxuries, such as in-flight entertainment devices, while meals and drinks can be purchased as extras. It is a subsidiary of IndiGo Partners, which also controls JetSMART, Volaris, and Wizz Air. A codeshare agreement is held with carrier Volaris, expanding the possible connections between Mexico and the United States.

It is possible to sit in either Economy or Stretch (their version of Premium Economy). The chairs are not designed to recline, meaning the person in front of you won’t encroach on your space. Seats in the Stretch section have roughly an extra 5 in of legroom and a large pull-out tray that is ideal for working on a laptop.

Exclusively Airbus aircraft are chosen for the fleet, with Frontier preferring narrow-body jets like the A320 family. One of the most commonly flown models is the A320neo, which has tremendous fuel efficiency and can carry approximately 186 passengers. The planes have distinctive animals painted on the tails and are all unique images. Among the animals featured are rabbits, dolphins, bears, sea otters, and penguins. The names of the characters appear underneath the cockpit windows.

As the situation changes with coronavirus (COVID-19), Frontier will continually update its policies accordingly. Please contact Frontier directly for the latest information about cancellation fees. You can find the most up-to-date information on Frontier policies here: Frontier Travel Advisories & Policies